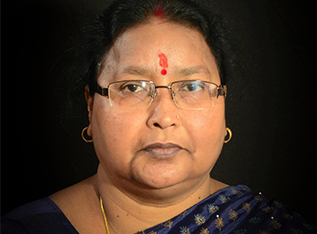 S. K.P. Vidya-Vihar is the fulfillment of the dream of my great father Late Mr. Brikodar Singh. His vision and mission was to give quality education and to help the nation to produce productive citizens. Even his after untimely departure we carry on his mission.

It is said "An ocean was formed, beginning with a single drop of water, a huge mansion or Taj Mahal was built by laying a single brick upon other, a child turns into Usain Bolt or Michael Phelp, starting the first step by holding the hand of his/her parents and a stammering child turns out to be Martin Luther King Jr. by fumbling the first word "mama" or "daddy" with fear and tremble.

Similarly a school or a temple of learning comes into existence with purpose of spreading the message, "Knowledge is Power." It is the power for removing the divisive attitude of people, the power to wipe out the darkness of ignorance and superstitions and the power to adopt, adapt and assimilate and thereby opening the windows of our society to let the pure air of goodness come in. And with the same motto S.K.P. Vidya-Vihar was started in 2000 to lead from untruth to truth, darkness to light and death to immortality.

This institution has been a source of promotion of life materially, socially, politically and above all. Spiritually in true sense. S.K.P. Vidya-Vihar Deoghar takes pride in being able to play its role in nation building and acting as a blessing to the people of society. The cooperation and faith shown by the people of society on us is really appreciable and commendable. This is the reason we are very soon going to get the affiliation for +2 level.